The legislation includes $10 million for the program and a mandate to increase unannounced surveillance inspections of foreign drug establishments, Regulatory Focus reports.

More specifically, the pilot program will evaluate significant differences between announced and unannounced inspections of foreign drug facilities, with a particular focus on differences in the number and type of violations of the Federal Food, Drug, and Cosmetic Act.

The pilot program will also evaluate, per the legislation:

The legislation gives the FDA 180 days to launch the pilot and another 180 days after the program’s conclusion to send a final report to Congress. That report will include the agency’s findings on the topics of evaluation above, “including any recommendations to address identified barriers to conducting unannounced inspections of foreign human drug establishments.”

The report will also include findings and recommendations on how to achieve parity between domestic and foreign human drug inspections. Finally, the report will tally the number of unannounced inspections that would have been announced if not for the pilot program.

Law firm Akin Gump this week offered a rundown of the notable FDA changes from the legislation, including the Food and Drug Omnibus Reform Act (FDORA).

“This legislation represents the culmination of the user fee reauthorization legislative process for the prescription drug, medical device, generic drug and biosimilar user fee programs,” the law firm said in its analysis. “The stage is now set for FDA to implement these provisions, some of which require rulemaking, guidance or other agency actions. Despite the scope of this legislation, numerous significant policy issues were not addressed, and will potentially be considered by Congress in 2023 and beyond.” 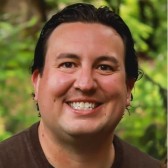 Jim Hammerand is the managing editor of Medical Design & Outsourcing. He has more than 15 years of professional journalism experience spanning newspapers, magazines, websites and broadcast news. For nearly a decade, he reported and edited business news for American City Business Journals as a reporter and digital editor at the Minneapolis/St. Paul Business Journal and then managing editor of the Puget Sound Business Journal in Seattle. He holds a bachelor’s degree in journalism from the University of Minnesota. He is based near Seattle in Edmonds, Washington, where he and his family live. Connect with him on LinkedIn or by email at jimhammerand@wtwhmedia.com.