The survey covered only new prescription drug ads aired during the January 1-March 31, 2004 period. The rankings were based on the ability of viewers to recall the new ads and associated brands/products.

Cialis earned the top slot with a recall index of 173. Competing erectile-dysfunction drug Levitra’s campaign, featuring NFL Hall of Famer Mike Ditka, landed in the second spot, while another Cialis spot and work from Zyrtec and GoBreath.com (Advair) rounded out the list.

Brand recall is based on the percentage of TV viewers who can recall within 24 hours the brand of the ad they were exposed to during the normal course of TV viewing, according to IAG. These scores are then indexed against the mean score for all new ads during the time period. 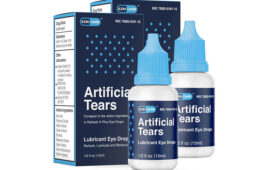